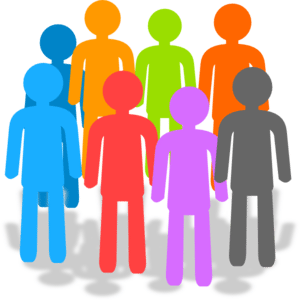 Britain, we are told by Brexiteers and those who would control immigration, is full. It’s a simple matter of numbers. They say that our infrastucture, our schools and hospitals, simply cannot cope with an influx of newcomers, as though this infrastructure is a God-given fact, not subject in anyway to political desicion making.

So what is the optimum number for the UK population, given our current infrastructure, and how is this number to be achieved without a policy of population control? It seems as though this is an impossible question to answer. The UK could stop all immigration, but if our infrastructure is struggling to cope with the people who are already here, and if the desicion is taken that we should limit our population to match what our infrastructure can cope with, how is population growth to be regulated? And what IS the number of people that our infrastructure could support? Should birth rates be policed so that families can only have two children? Or, since our economic system relies on growth, should it be 2.1? Or 2.4? Or what?

'Let us travel by our own fireside. A good book is at once the best companion and guide, and way and end of our journey. Necessity drove our forefathers out of doors; we may with more ease and no less profit sit still.' Joseph Hall, later bishop of Norwich, 1617. https://t.co/y8ogZwFgcA
View on Twitter

If on a winters night a Morris traveler... #AddAWordRuinABook
View on Twitter
1
10

I hope @ChrisMasonBBC managed to get one of the car stickers. It gets you places. https://t.co/i8rZfCIfVs
View on Twitter