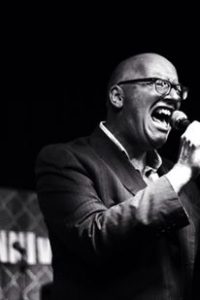 I wonder what Mr. Nigel Farage meant in his speech at the UKIP victory rally that ‘Leave was a win for Real Decent Ordinary People?’ Does he mean working class English white people, I’ve been wondering?

If by real he means English, then I am real. Lord, am I real. I can trace my family back 500 years, and always to the same places just to the north of Brighton – Preston Village, Albourne, Hurstpierpoint. If you want to flaunt your Englishness, Nigel, you need to check your privilege, and come look at mine.

Or does he mean white? Are only white people real? Again, I’m going to have to own up to it. I am white. I might love reggae and tasty food, but that doesn’t make me black, or Asian, or multi-racial, or whatever. I once experienced mild racism in China for 20 minutes, and that wasn’t great, but it was nothing more than a touristy cultural experience. I don’t know what it’s like to be subject to racist abuse and discrimination or to live in fear because of the colour of your skin, pretty much all the time. I can only listen to friends and try to imagine, and I imagine that it’s the worst kind of shit. What colour are your friends, Nigel? Who have you got to listen to and learn from?

As for ‘working class’; was it working class people that Nigel was referring to? That he thought of as real? I am working class. I’m not working class in a New-Labour-y kind of, hey, anyone who works is working class kind of way, but in the sense of where I come from, how I was raised, where I went to school, and how I supported myself and my family.

I am from Newhaven, situated on the south coast of England between Brighton and Eastbourne. My step father was a farm labourer when he met my Mum; when he was 45, he gave up farm work and got a job on Newhaven Docks to support me and my brother and my Mum. When he was laid off the docks aged 60, he went and got a job on the line at a local factory that makes soap dispensers. By the time he retired, aged 72, he had risen to the lofty position of part-time warehouse supervisor. My Mum worked in Newhaven Co-Op until her late fifties, when she started cleaning in local care-homes; she was 72 when she retired, too. They live in a small terraced house next to the main A259 Brighton to Eastbourne road, where they watch a lot of telly and struggle to look after their small garden. They are old, and ill, and poorly served by the NHS, social services and police.

Newhaven is one of the most deprived and run down areas in the south east of England. Its town centre is dead, its ferry link to Dieppe dependent in part on EU funding. It was publicly derided as ‘The City of Death’ by Mrs Virginia Woolf, and has been on the end of class driven snobbery for always. Read Olivia Laing’s disgraceful ‘To The River’ if you want to know what middle class people think of Newhaven.

My school was called Newhaven Tideway, a vast 2000 pupil comprehensive founded in 1968. I started there in 1969, and left in 1976. It could be hard. I once had a boss who had worked at Tideway as a supply teacher, who told me I nearly didn’t get the job because of where I’d been to school. I got four O Levels. I had to persuade my parents to let me do Sixth Form, because they hoped I’d get a job. After all, with an impressive four O levels, I could start off in an office job of some kind, a job with prospects, which were the last thing on my mind aged 16. I had to persuade the Sixth Form to let me in with my poor four O Levels. I passed three A levels, and got into university. I was the only person from my year at school to go to University, (although a few friends worked for a year or two after school, and went later). I failed to complete my degree, and spent 8 years working as a cashier/boardmarker in betting shops. And singing in bands. In 1988, I went back to full-time education, and graduated from Lancaster University with a degree in the History and Philosophy of Science in 1992. I’d got me educated at last.

Between 1991 and 1998, I raised my eldest daughter as a single parent, in a run down rented terraced house in Lancaster. We lived off my student grant when I was a student; after that we were reliant on benefits, despite my working in a Lancaster secondhand bookshop. I never stopped looking for jobs, despite suffering severe mental health problems. I never stopped writing, and was lucky enough to get published when I was 41; by which time I was living in a caravan next to Lancaster’s allotments. Since getting published, I have, of course, become working class in that New-Laboury way, I concede you that; running bookshops, running a residential centre for writers, working as a lecturer in Creative Writing, making programmes for the BBC, writing books. And singing, and performing. Is that OK Nigel? Am I real enough? Or did I blow it at the end, post-education? What was I educated for, if not to stand up to you and yours?

What of decency? What might decency be according to the lights of Mr. Nigel Farage? Have I committed crime? Er…. well, yes, I have; but so, I should imagine, have many of Mr Farage’s own ‘Real Decent Ordinary People’. But have I been a just-good enough parent, step-parent, grand-parent? I hope so. Do I play a part in my community? Do I work free for charity? Have I paid my taxes? Yes yes and yes. Do I help my neighbours, try to help those less fortunate than myself, and pick up litter from the street? I try to. Am I a Unionist, a Monarchist, and a member of the Church of England, FFS? Much to my surprise, I’m all of those things, which you’d think would qualify me for Faragian Decency, if nothing else. Decent people, like my elderly parents, poorly-educated, ‘marginalised by globalisation’, voted on behalf of their grand-children and great-grandchildren.

Real, Decent, but not at all ordinary.

I will not stand by as young people have their futures taken away from them. Taken from them by the vicious forces of organised Nationalism and mindful racism. Taken from them by a hat full of Left Wing ideologues, who allowed a vision of a Socialist Utopia to blind them to the immediate danger of our friends, neighbours, and families. Taken from them by people who long for a world of red telephone boxes, of spinsters bicycling to Evensong, of Alf Garnett, of Mind Your Language, of Love Thy Neighbour; who dream of warm beer supped beside the open fires of long ago inns.

Taken from them by a disenfranchised, alienated, badly educated population who are crying out for justice and change and who have viewed this vote as a chance to shout out their anger. This long ignored population (which, as I hope I made clear, I come from) needs something good to happen, soon, and this ain’t it. This constituency, fucked by Thatcherite Blairism for 37 years, has fucked it for all of us, and therefore, once again, we have all been fucked by, and continue to be fucked by, Thatcherite Blairism.

Parliament is sovereign in the UK, not plebiscites. There needs to be a General Election. The Johnson Tories and their allies need to present a manifesto which makes clear the truth of the social, cultural, legal and economic consequences of Leave, and details a legislative pathway to the divorce. I would like to see a broad coalition of politicians from all parties standing against them, re-making the case for Stay. Only a government mandated by Parliament can instigate Article 50.

I am voluble, nasty, funny, rude, clever, and with a gift in front of the mic. I have a background in performance, public speaking, chairing political events and shouting abuse at old right wingers.

This is me, ranting at the Abergavenny Food Festival.

If anyone needs me to speak at an event, or shout through a megaphone or just be generally ranty, please ask. I need to work, but please ask if there’s anything you think a ranty fat man might be useful for, and I will try and come. I will travel any distance if I can.

I am not a digital native, but please email me if I can help with any campaign which calls for the broadest possible progressive alliance, which will be mandated to call for an alternative to activating Article 50.

I am a real, fairly decent, middle aged, shaven headed English white working class man, and I will fight this.

My email address is ian@moodindex.co.uk. Please feel free to contact me if I can help in anyway.

'Let us travel by our own fireside. A good book is at once the best companion and guide, and way and end of our journey. Necessity drove our forefathers out of doors; we may with more ease and no less profit sit still.' Joseph Hall, later bishop of Norwich, 1617. https://t.co/y8ogZwFgcA
View on Twitter

If on a winters night a Morris traveler... #AddAWordRuinABook
View on Twitter
1
10